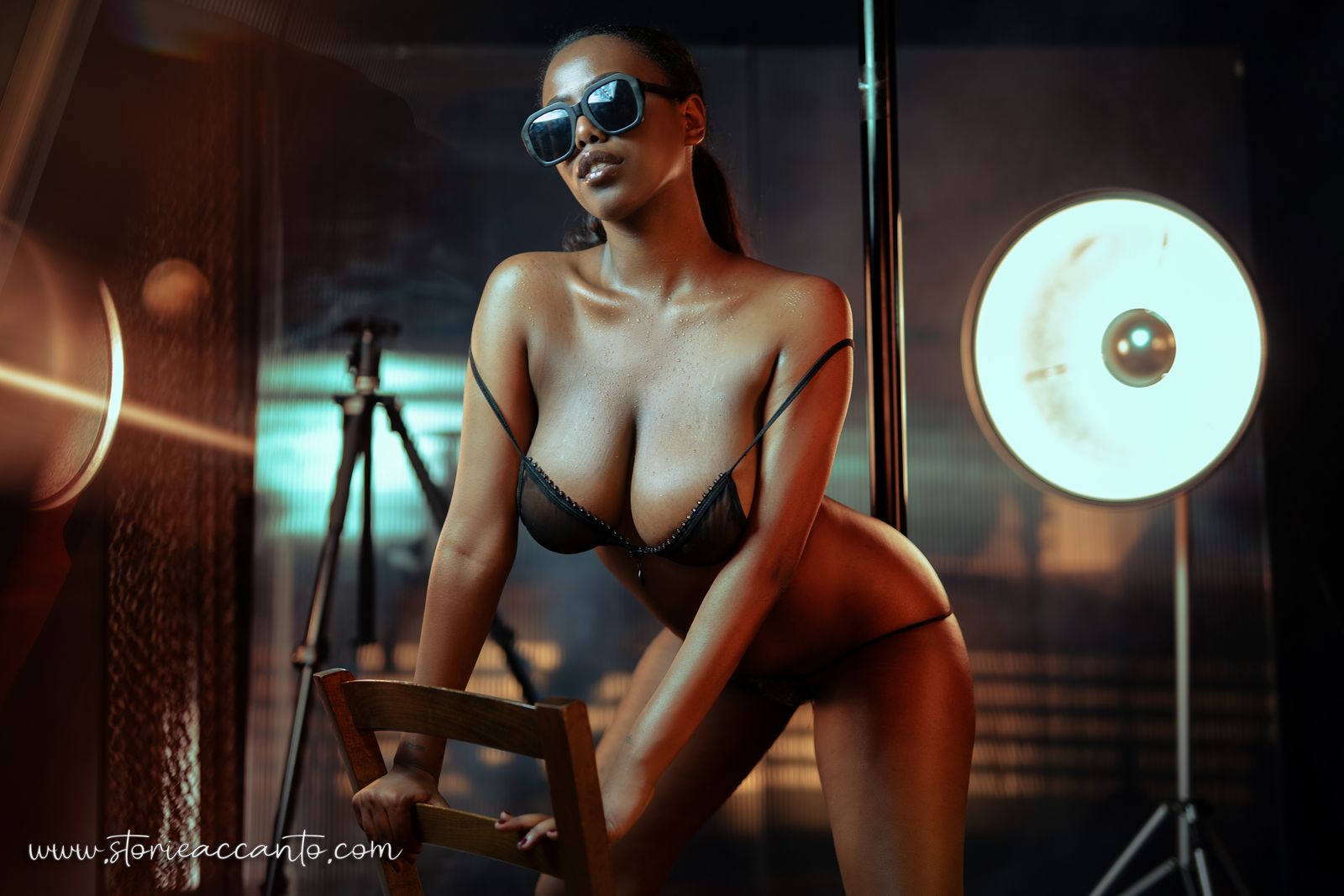 It happens to me sometimes.
I see someone on the street, something catches me, the look, the pose, the movement. It's not so much the look or the dress, it's more what makes that dress move that intrigues me.

This is what happened a few days ago, passing by car in front of the bus stop. I saw a splendid creature waiting, and fate let the red light come out at the traffic light. I took the opportunity to look at it, with discretion and apparent randomness.

As soon as she turned away, on her waiting walk, I grabbed the camera from the seat next to it and took some photos, quickly. Then I decided that it wasn't enough, that there was more, and then I parked, got out and discreetly shot it from a distance with the telephoto lens, sure not to be seen.
I could say I made the mistake of getting noticed, but that would be a lie. At one point I lingered with the lens pointed until he noticed me, because this was what my eyes wanted and something else too ...
And that's when he smiled at me.
Well, I thought. It could have been a lot worse.
I approached, with an intentionally sensual step, and introduced myself.

Excuse me, I said to her, but my job sometimes takes my hand, I saw you and something told me that there was a lot of interesting to photograph ...

Yes, I am a photographer.
What do I photograph? women, beautiful, charming, who hide talent.
She laughed out loud.
Well, so you're kidding me, I told her, do you think I can't tell when someone special is in front of me?
Are you busy? I could prove to you that you are wrong to laugh ...
Do you know what he replied to me? I have nothing better to do. And the excitement surprised me, leaving me baffled and embarrassed for a moment. But then I picked up the situation in hand and showed her where I had the parked car.

So it happened that Baian entered my studio for the first time.

We had a cool drink, and got to work right away.
I showed her a booth beyond which to change clothes, and put on some clothes I had available.
He smiled at me and replied that if I preferred the booth he would have satisfied me ... and the excitement started to burn again.
Sophie, calm down, you're here to take pictures…!